HP 6161 was completed in June 1923 and first driven by the works racing driver Maurice Harvey at South Harting on July 28th. The car was, in common with others built around that period, a mix of 10/30 and 12/40 parts with the new 1496cc OHV engine.

During the summer the car notched up a series of racing successes in sprints and hill climbs (the most popular form of motorsport at the time). 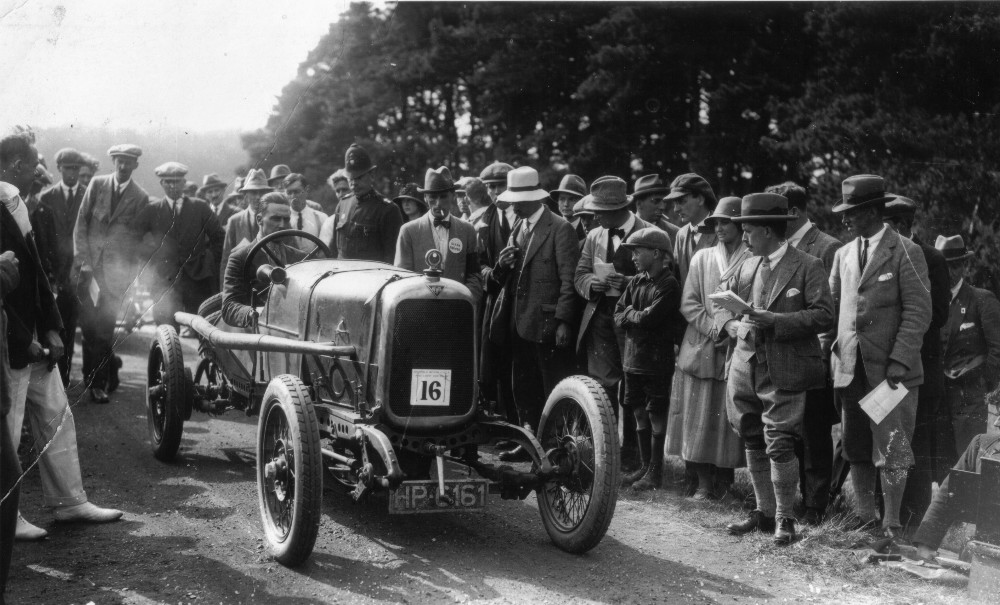 This iconic picture (at West Harling Heath) show Works Racing Driver Maurice Harvey at venues during the summer of 1923 as the car was being used both to test new components (including a new OHV engine) and publicise Alvis’ entry in the Brooklands JCC 200 miles race later that year. 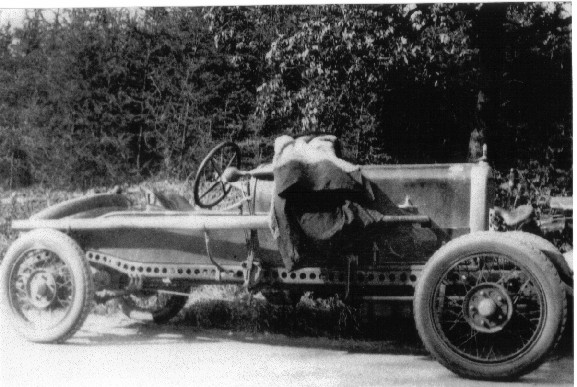 No.1 at Morecombe Sands in the late summer

These are some of the oldest known photographs of the car. 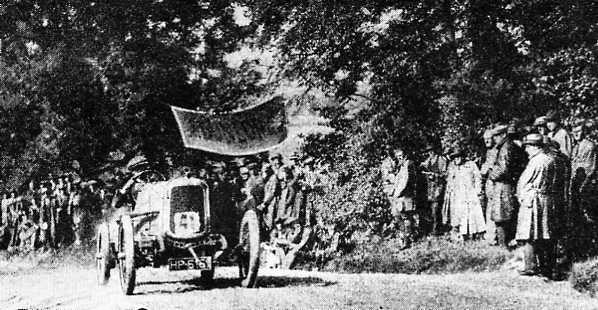 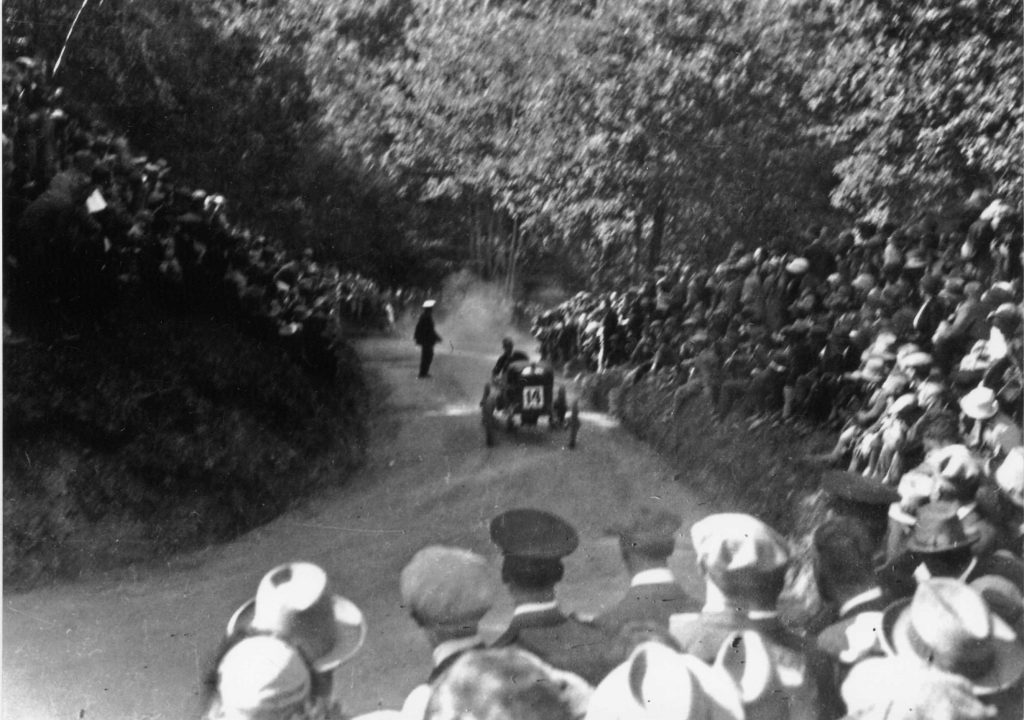 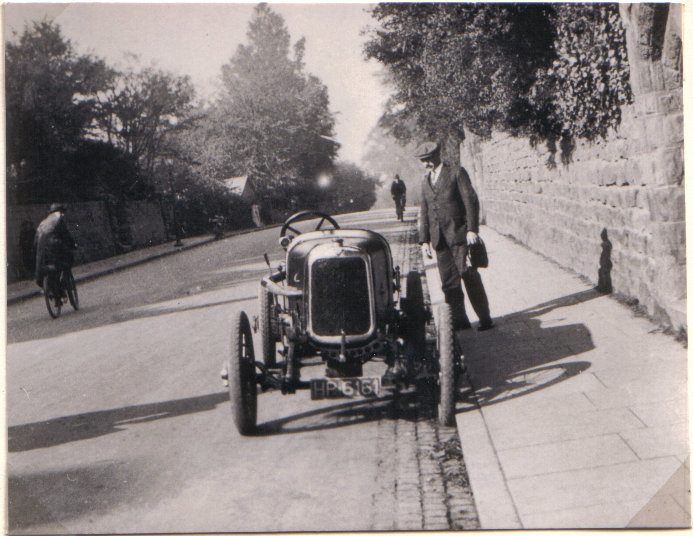 An early morning photograph, probably taken by Percy Joseland, the Alvis Service Manager, before setting off for Brooklands from his digs in Coventry. The No.2 Racing Car had sufferred a fire and was being hastily repaired but No.1 was quickly adapted as a second works entry (after the No.3 Car) if things weren’t ready in time. Note the lack of traffic, road furniture and everything else that we take for granted in today’s motoring.

The complimentary shot to the previous photo, showing the state of No.1’s preparation for Brooklands. As well as knock-on wheels and a white roundel on the scuttle for the racing number, No.1’s shape has been dramatically transformed by the addition of an Edwardian-style, high capacity bolster petrol tank to increase the range. One may imagine that the rear axle ratios would also have been changed to give higher speeds at the expense of some acceleration.

The stonework detail in the wall behind is unique and allowed the identification of the location of this photograph as St Columba’s Close. Luckily, the wall was untouched by the blitz and survives to this day, although it has now been infilled with matching stone.

The innovations introduced on HP 6161 were transposed on to the No.s 2 & 3 cars being prepared for the blue riband event of the season, the JCC 200 miles race at Brooklands. (This race was the equivalent of the Formula One Grand Prix of today). Harvey, scheduled to drive the No. 2 car suffered a mishap in practice when the car caught fire.  As insurance, the mechanics at Coventry prepared HP 6161, but No. 2 was repaired in time and went on to win the race at an average speed of 93.29 mph.

The winning cars were displayed in Henlys’ London showroom and towed around Coventry to much celebration.  Shortly afterwards, No.1 was transferred to Tommy Simister, Macclesfield Alvis agent and sometime racing driver on 1st December 1923 to race as a privateer.  The Rudge knock-on wheels were exchanged for normal ones, but the long-range bolster tank remained